The study area is mainly occupied by maritime pine plantations and cultivation areas.

Regarding habitats and flora, the main areas at stake are rivers and their associated wetlands. In fact, biodiversity and habitats are concentrated in areas which cannot be the subject of a cutting in forest plots due to their topography.

With respect to animal species and by their forest structures, the Landes de Gascogne offer welcoming areas of settlement and movement to roe deer, deer, wild boar…

One of the major challenges of the project was to guarantee and/or re-establish connections between the watersheds located on either side of the A63, insofar as the otter and the European mink, which represent two rare and threatened mammals species offering a very strong heritage interest), potentially settled on the entire hydrographic network.

Furthermore, large wild fauna (deer, roe deer and wild boar) is omnipresent within the wooded area that the project crosses. In this regard, it should be noted that the N10 road was not equipped with either fences nor crossing structures.

The vegetation surveys, carried out in June 2014, highlighted the presence of wetlands in a good state of conservation (diversity of hygrophilous species), in the immediate vicinity of the wetlands impacted by the A63.

While the wild fauna frequents this area a lot, the implementation of the structure has showed its effectiveness before the achievement of its different developments, as proven by the presence of numerous traces of species passages (prints, photos, feces), such as deer, wild boar or roe deer, also small and medium fauna (rabbits, in particular). The existing structures (windrows, riprap, plantations) therefore appear to be effective.

The footprint sensors show that all the structures that were monitored (28), were frequented by at least one species or group of species. 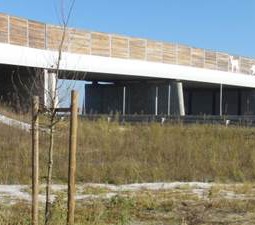 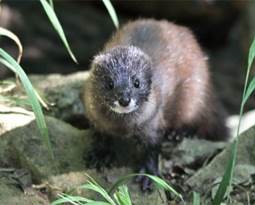 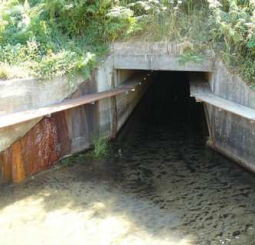 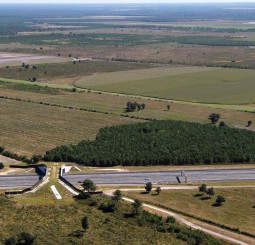 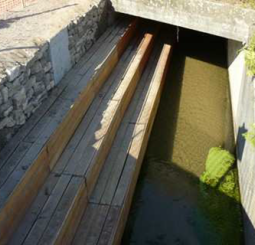 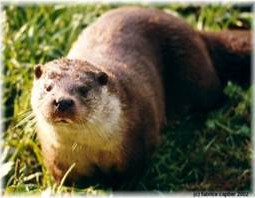